LESS THAN 3% IN IT:
DC closes sales gap on Marvel 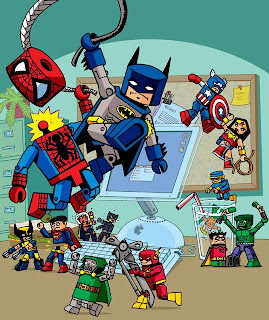 Want to know what Captain America means to the Marvel Universe? Check out the October sales figures from Diamond Comic Distributors! Without an issue of Ed Brubakers Captain America: Reborn to hold the front-lines, DC locked the 'House of Ideas' out of the top 6, thanks to epic crossover Blackest Night, and Grant Morrisons Batman and Robin.

With Blackest Nights second wave of support minis kicking off in December, along with Marvel's long awaited Seige crossover, 2009 could literally be the year that goes out with a bang!