LOOKING ICON TO ICON:
Why Doc Savage Gets Respect 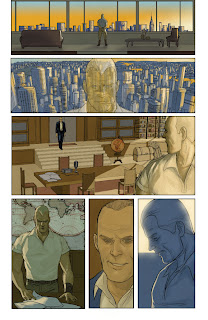 Trip back to the 1930's and you'll find it's not Wolverine that's the talk of the town, it's Doc Savage. Now the 'righter of wrongs' returns to the modern day home of icons; DC Comics, in the upcoming BATMAN/DOC SAVAGE special. With Brian Azzarello at the pen and Phil Noto at the pencil, the oneshot kick-starts a whole new pulp-inspired universe; 'First Wave'.

For more on Doc Savage and his gang visit The Source Blog.