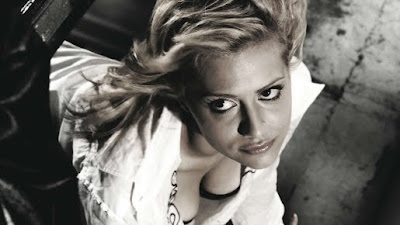 Actress Brittany Murphy has died, age 32. Having just finished work on the Sylvester Stallone action film The Expendables, Murphy is believed to have died from natural causes.

Born in Atlanta in 1977 with dreams of stardom, Brittany grew up to star in such movies as Clueless, 8 Mile, Happy Feet and the 2005 pulp comic-book adaptation of Sin City. Former boyfriend Ashton Kutcher, wrote on his Twitter page "(Today) the world lost a little piece of sunshine, see you on the other side kid."
Posted by IADW at 8:53 pm