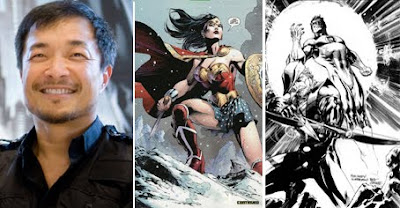 Jim Lee can only create art while eating peanut butter and jam sandwiches. That's entirely made up of course, but if I sat trying to think of something that's not yet been said about the biggest artist in comics today, at least another decade would slip by before I actually got to typing. Better yet he deserves very part of his success - the level of detail he brings to his work is unbelievable. 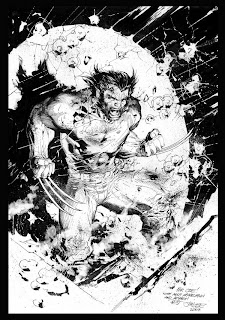 Able to sketch comic characters at random and have that sketch become a definitive image of that hero or villain, Jim Lee's powerful characters and awareness of anatomy (the odd female not withstanding) has lead to some of the most iconic work in the comics medium, on books like X-Men, Batman, and Superman.

Like most artists that feature in 'Making A Mark' I would love to see a book by Lee done purely in B&W, to highlight the detail involved. Ideally one more Lee pencilled Punisher story would fit that brief, or his return to his own characters in the pages of the Wildstorm books, - okay I admit; Lee's so good I would even fork out for it if Dr. Druid was the main feature.

For a truckload of awesome sketches and finished art, including an image of Britney Spears holding the work he created exclusively for her, check out Jim Lee's MySpace page. 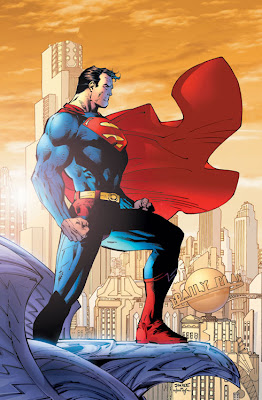