Apart from each being on the run from a few Rangers, Yogi Bear and Pitch Black's Riddick seem to have nothing in common, but leave it to New Zealand to bring the two together.

On the flipside Vin Diesel has stated on his Facebook page, that his team are here aswell, checking out locations for the next instalment of the franchise The Chronicles of Riddick. With the next chapter rumoured to be given an 'R' rating, don't expect much more of a crossover between the two, although I guess if Archie can meet the Punisher, anything is possible! 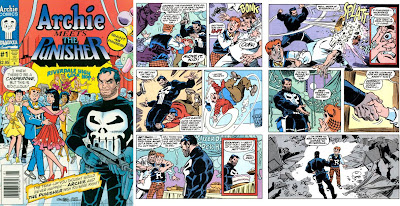