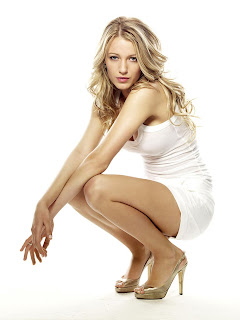 Ending months of whispers, rumours and predictions that included everyone from Keri Russell to Jennifer Garner, the news from THR, reveals while Warners were originally looking for an older actress, Lively impressed them with her audition, and work in 2010's more adult-themed drama The Town.

While any notion of Blake becoming a Star Sapphire may be light-years away, the news does confirm Carol will run her father's aerospace company, and be the one to hire cocky test pilot Hal Jordan (Ryan Reynolds), just like her comic-book namesake. Now Lively is nailed into the leading female role, the studios next targets are in finding the movies villains; Hector Hammond and Sinestro.
Posted by IADW at 7:09 pm