Four shots of news to round out the week that was, assembled right here when it comes to THE CRUNCH.
With more Brightest Day announcements planned in the weeks ahead - keep your eyes on the sidebar, for the latest details as they hit. To wrap things out - Francis Manapul's full cover to The Flash #1! 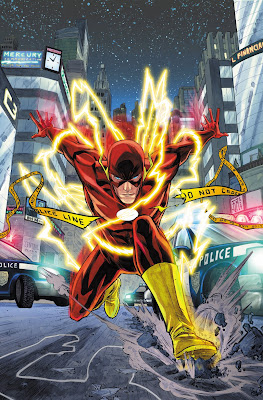