DC 75: BEHIND THE FANSITES: Interviewing Bill Walko of The Titans Tower (Part 3) 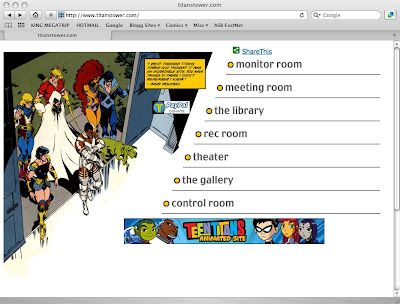 In paying tribute to DC's 75 year history, IADW is going behind four of the best DC fan-sites on the internet, to find out about the passions, dedication, and people behind them. Now we get into the final instalment of my interview with Bill Walko, architect of the Teen Titans hub; The Titans Tower, by asking him "What would be the standout piece(s) of your Titans collection?

Bill: Hmm, I don’t know that I have one stand-out piece. I do love that 1983 New Teen Titans poster by George Pérez. I found a mint copy and it sits framed in my home office. Thanks, ebay!

There’s also a number of commissions and sketches that I own, that are very special for me. I have the “fab five” (Robin, Aqualad, Kid Flash, Wonder Girl and Speedy) done individually by Nick Cardy (as they looked in 1965), then George Pérez (as they looked in 1983), then Phil Jimenez (as they looked in 2005 in their adult guises). That’s 40 years of Titans done by the three definitive Titans artists. So I love that. I also have the “fab five” done by Karl Kerschl, who did his own awesome versions of them for the vastly under-rated Teen Titans: Year One mini-series. I love Karl’s Titans and I hope he does more with them at some point. 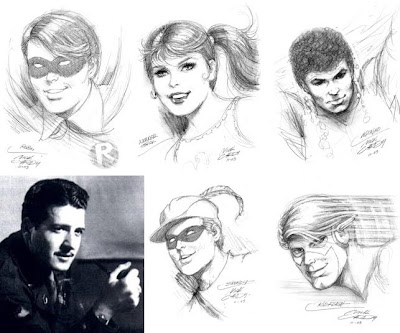 I’ve also got that aforementioned Donna Troy trading card original art by Phil Jimenez. That’s definitely one of my most treasured pieces. Mike McKone also did this incredible piece of Rose Wilson (as Ravager) facing off against her father, Deathstroke. I was speechless when I first saw that one. I’ve also managed to get a number of other George Pérez pieces like Starfire, Cyborg, Changeling, Raven, Terra, Jericho and Lilith (completing an entire set of the Wolfman/Pérez Titans characters). I probably have some other amazing sketches or commissions I’m forgetting about right now, too.

But for me, those are the defining Titans artists: Nick Cardy, George Pérez, Phil Jimenez, Karl Kerschl and Mike McKone. And to have multiple amazing pieces from each of them. Well, it’s another one of those things that’s partially come out of titanstower.com, so I’m very grateful for that.

IADW: One of the Titans biggest successes in mainstream media was the manga influenced, Teen Titans animated. Having created a mini-site to cover the show during it's day, which still serves as a time capsule now, what were your initial impressions when it was announced?

Bill: When it was initially announced, I’d imagined a series along the same lines as Batman: The Animated Series, Superman: The Animated Series and Batman Beyond. But when the first images were released with a series description, it seemed fairly obvious they were going for a younger audience, with a bouncier tone. Working in marketing for years, I understood what they were doing. They were using the Teen Titans to capture a younger audience. Part of me was disappointed that we weren’t getting a “serious” Teen Titans series. But another part of me was just happy to see these characters brought to life in animation.

Right before the series began, I got an out-of-the-blue phone call from Sam Register, Senior Vice President of original animation for Cartoon Network. Sam left a message to let me know they had been using titanstower.com as a resource, and he wanted to invite me out to San Diego Comic-Con to attend the premiere party. I was really flattered that the crew had used my site. Unfortunately, it was too late to make the arrangements, but I was able to schedule an interview with Sam, and got some great insights as to how the show was being approached. And it was pretty obvious Sam and Producer Glen Murakami had a tremendous amount of respect for the source material. They too were big fans of the New Teen Titans while growing up. And that came through with the material. Even though the versions of the characters were simplified, they still managed to keep each character’s essence. It was a striped-down take on the Wolfman/Pérez Titans. 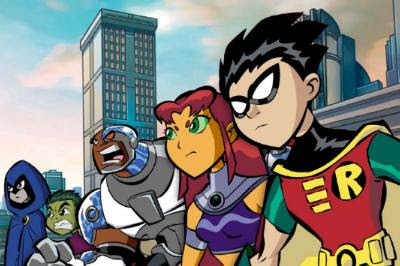 I think the second season opener, “How Long Is Forever?”, really opened up the series. The show had dealt with the theme of friendship, but “How Long Is Forever?” took that theme to an entirely different level. What could have been a typical 'alternate reality future shock' story became a meditation on friendship - and an insight into each of the Titans as people. It’s very thoughtful. And season two also gave us their version of “The Judas Contract.” Although their Terra is much more sympathetic, they didn’t shy away from some of the larger themes of betrayal and loss. I think the show really hits its stride in the second season, and remained strong until season five. Things may have been simplified, but they weren’t dumbed down.

As an artist, I also appreciate the chances it took, visually, Using a lot of that manga storytelling, like the super-D reaction shots and the chibi characters. And somehow mixing that with real emotional moments. It was a big gamble but it really worked when they put it all together.

I think sometimes older comic book fans get so jaded. They want “their” characters to be portrayed “their” way, and anything else is “wrong.” And believe me, I understand the desire to see the more mature version of New Teen Titans brought to life through animation. But you also need to open yourself to new interpretations and judge things on their own merits. It’s funny, because to millions of kids, the animated version is “right” and the comic versions are weird and “wrong.” And even some of the more jaded fans grew to like it, anyway, over time. 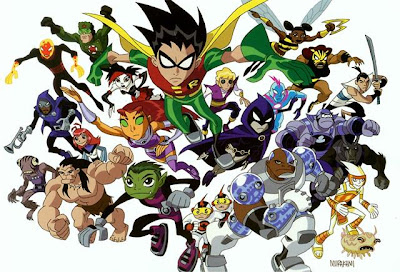 That’s probably the most wonderful thing about the animated Teen Titans: It introduced the Titans to a whole new generation of  young fans. I would get dozens of e-mails from kids at my site. Some would be addressed to the characters, like, “Hey Robin, why don’t you kiss Starfire?” Others would be requests to do episodes based on their own ideas. Some would be from moms who watched the show with their kids. I still get e-mails begging me to put Teen Titans back on the air and make new episodes. During the second season, I went to San Diego Comic-Con for the first time and met the crew behind the show. They were really thrilled with the reaction by the fans. Imagine dozens upon dozens of young fans dressed up as Beast Boy and Starfire and Raven. The kids were just crazy for the show. My nephews loved it. And I just introduced the show to my niece, who’s now six years old, and she loves it. That was another great thing about the show: it appealed to boys and girls. How many kid-superhero shows could manage that?

At Comic-Con, I met the crew in person, and they were extremely supportive of titanstower.com. Story editors David Slack, Rob Hoegee and Amy Wolfram were very gracious with their time. They made themselves available for Q&A sessions to give back to the fans – and the fans loved it. My site really spiked with a lot of traffic while the show was on, and I had to increase the bandwidth. These kids were looking up all the characters and discovering the comic book counterparts to the animated versions. I would dole out little bits of information, and they would gobble up every little morsel. It sort of enhanced the show’s experience for them. A sort of “director’s cut” online. And I can’t say enough nice things about Sam, Glen, David, Rob, Amy and the whole crew. Always extremely gracious and supportive – always willing to sacrifice their own time to give back to the fans. The show was very special to them, too.

So, yeah, I really enjoyed the show. I think it was a unique and fun way to do the Titans. And even if you didn’t like the show, you have to be grateful at the exposure it gave to the Teen Titans characters. The show was a big success, lasting five seasons. It made Raven, Starfire, Beast Boy and Cyborg household names. And that means that now it’s a viable property to DC and Warner Bros. And I think that means we haven’t seen the last of the Titans in animated form.

IADW: 2010 marks the 30th anniversary of the landmark Wolfman/Perez Titans run. DC has announced some pretty big plans for the Titans to mark the occasion, and even the Titans Tower has revamped it's news blog of late. What piece of the birthday party excites you most? 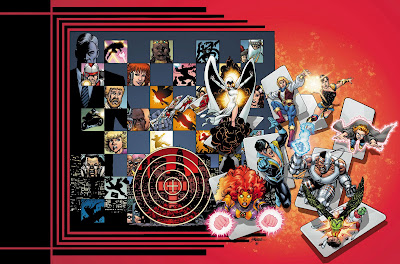 Bill: It will be exciting to see the long-delayed “Games” graphic novel from Marv Wolfman and George Pérez. I’m very interested in seeing which characters will be involved in this rumored Young Justice cartoon. And it will be interesting to see what DC does to jump-start the Titans franchise, which has sort of lost its way in the past couple of years. So I hope they have something big up their sleeves to excite Titans fans.

As far as the site, I’m trying to recruit some new faces to the site to get a little variety of opinions and posts. So you’ll see a more active Monitor Room. And since the site has been a one-man show for almost ten years (!), some new faces will also help me keep tabs on the Titans-related characters as they filter through different books in the DCU. I’ve upgraded my web hosting, so I have more space to share and post images. I’m ramping up to prepare for the possible Young Justice animated series, too.

So what excites me most? Through titanstower.com, I’ve been amazed by the warmth and support of fans and pros alike. It’s enabled me to meet and chat with some great people that share my love for these fantastic characters. “Titans Together!”, indeed.

For a full transcript of any of the interviews done so far, email me at thedanofsteel@gmail.com.