DC 75: BEHIND THE FANSITES: Interviewing Rick Phillips of the Plastic Man Platitudes

In paying tribute to DC's 75 year history, IADW is going behind four of the best DC fan-sites on the internet, to find out about the passions, dedication, and people behind them. In this, the final week, I turn the spotlight on Rick Phillips, caretaker of the Plastic Man Platitudes - a site dedicated to DC's malleable super-hero. 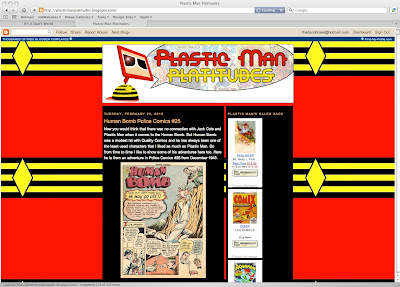 IADW: He's one of the most historical characters in comics, yet many people don't realize Plastic Man is as iconic, or as enduring as he is. What made Patrick "Eel" O'Brian your passion, to the point where you decided produce the Plastic Man Platitudes?

Rick: The first time I heard of Plastic Man was when a friend of my Dad’s gave me an issue of the 1966 version, done by Arnold Drake. Of course that was a different Plastic Man than most people know, but he looks almost the same. I was too young to read at the time, but the visuals had me hooked. Years later when I could read, I read a Jack Cole story in Les Daniels book 'Comix'. That got me hooked for sure.

I wanted to do a comic book based blog and tried one with Black Lightning, but that didn’t work out. I do a general comic book one called Mail It To Team-Up that does fairly well. I still wanted to do a character blog, so I searched the internet on some of my favorite heroes and found, at that time, almost none on Plastic Man and Captain America. So I started two others, Let’s Rap With Cap and Plastic Man Platitudes. 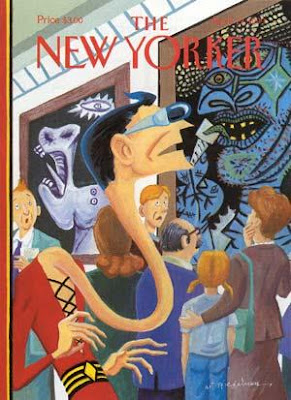 Rick: I wish Jack Cole could have lived to do more, or at least see how well people remember his creation. I wish they would have brought back the villain; the Granite Lady. I wish they would remember that Plastic Man is a serious crime fighter and not a comedian. Woozy Winks was added to take on the comedy. They’re a little bit like Abbott and Costello, with Abbott having a super-power.

IADW: I'm always suprised at how many 'out of comic' experiences Plas' has had. He's even formed part of the Google logo! Are tracking down these appearances, just one of the challenges of running a blog based on a character whose not currently in his own title?

Rick: Thanks to things like Google Alerts, Photobucket, and search engines I find a lot of things Plastic Man related. I also have fans who alert me to things. I stopped reading JLA some time ago but last year thanks to Luke, who runs a great Hawkman site called Being Carter Hall, he told me of Plastic Man re-joining the group. So I picked up those few issues. Also others who have comic books sites have given me permission to use any Plastic Man related material that they may have on their sites. 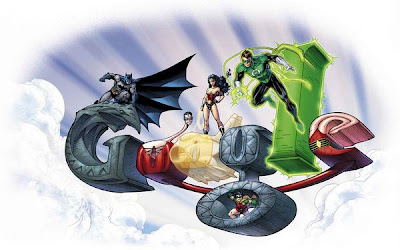 Rick: Till recently I was not much of a collector of things like action figure or t-shirts. Just comic books, so my collection isn’t as big as you may think. I did get a Plastic Man T-shirt from my wife last year and I love it. Most action figures of Plastic Man haven’t really captured the character as they are hard plastic. Not the stretchable kind like our hero is. The best I ever saw but I don’t have, is the Mego one that could stretch. That is the one action figure line that was meant for him.

IADW: You mentioned before about some writers focussing on Plastic Man as a comedian vs. a serious super-hero. Who would be your dream team on a Plastic Man book and what direction would you hope they took him down?

Rick: Never thought too much about a 'dream team' as Jack Cole was that all rolled into one. If I did I would pick Geoff Johns or Mark Waid to write, and probably Alex Ross as artist. 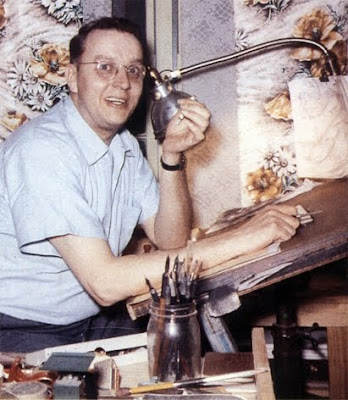 Rick: Joe Kelly did a good job, but I didn’t like him saying this hero had a illigemate son. To me his son will always be the one in the 1966 Arnold Drake series. Books that people should read are ones drawn by Ramona Fradon and written by Steve Skeates. Others are ones from Adventure Comics drawn by Joe Stanton.

IADW: Writer Grant Morrison, helped pull Plastic Man back into the public conscious by planting him within the JLA. Ethan Van Sciver has repeatedly stated the character is one he wants to work on, and painter Alex Ross is another famous fan of the stretchable super-hero. What is it about the character that sees him receiving such appeal - or has the time simply come for Plastic Man to shine?

Thanks to Rick for all his time in doing this interview. He was really great to talk with, and Plastic Man is a great character in the DC arsenal, and one with a really colourful history. To keep updated on all things Plastic Man, be sure to visit the the Plastic Man Platitudes!
Posted by IADW at 8:03 am