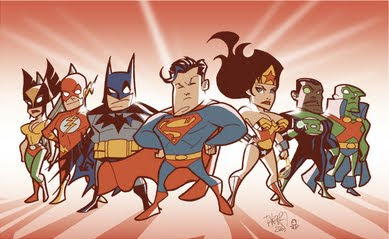 Backed by John Rood (Executive Vice President, Sales, Marketing and Business Development), and Patrick Caldon (Executive Vice President, Finance and Administration), the dual publisher role will allow the driving forces of DC to literally be in two places at once, while Johns as C.C.O, will use his love of the DCU to lead the charge of it’s characters into film, toys, television, video games, animation and beyond.

For me, this news is proof yet again that good things happen to good people. Geoff is the fanboy turned pro, who still remains down-to-earth and humble, with revitalising runs on Flash, Green Lantern and the Justice Society of America to name just a few.

Jim Lee broke new ground turning his division of Image Comics Wildstorm, into the first to concentrate on decent stories, and through which made it an imprint attractive enough for DC to buy.

Dan DiDio, the sometimes controversial character, has overseen the rebirth of DC, to the point where the difference between the publisher and Marvel is a mere few percentage points.

I think Brad Meltzer, writer of Identity Crisis, sums it up best when he says; "...I haven't been this excited since I was eight years old and reading my first issue of Justice League."
Posted by IADW at 11:58 am