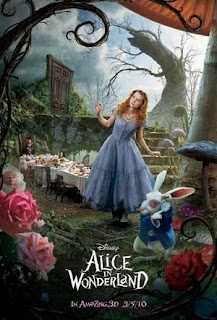 "Have I gone mad?" "I'm afraid so. You're entirely bonkers. But I'll tell you a secret. All the best people are.." 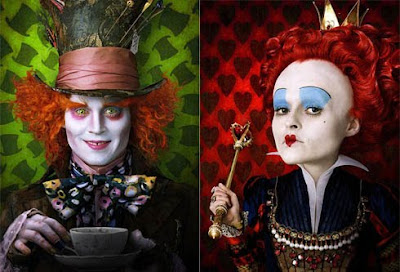 The Do's on the other hand do like Alice in Wonderland. In fact they like it so much, they look back and wonder if they ranked Avatar a little too highly, because it was the first to do the new 3D, yet the repainted 'wonderland' puts that experience to much better use.

The Do's are also glad that Johnny Depp does what he does best, but they do willingly admit he's a bit more subdued. This gives room to other repeat 'doers'; Danny Elfman (who amazingly did the theme to greenscreen footage alone) and Burton's partner, Helena Bonham Carter, who makes for a wickedly fantastic 'Red Queen'.

For you the plot of this sequel of sorts, is of a girl named Alice, trapped in high society and been told what to do and what don't. Yet in Wonderland discovers, that the affirmation of 'doing' is something that's best left to - and decided by - you.

If you're on the fence as to whether you are a 'Do' or a 'Don't', this film will certainly make you decide. Being a dude myself who doesn't agree with the Don'ts and therefore a certified 'Do', I'm glad Lewis Carroll's original has finally been respectfully explored, as only an imaginative thinker like Tim Burton could do.