KEYS TO THE KINGDOM:
JMS To Write Superman And Wonder Woman 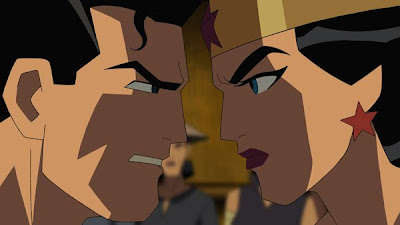 When Gail Simone stated she'd be leaving Wonder Woman, J. Michael Straczynski, the man who made Marvel's Thor a best-seller, was an instant fan-favourite to get the gig. Today DC made the rumour a fact, saying that 'JMS' would not only be taking over the avenging amazon with issue #601, he'd also be writing Superman from issue #701 - both issues set to hit in July.

One of the cool things about JMS is, he dispenses with all the usual hype and marketing 'blah-blah' that make up the 'usual' creator interviews, and replaces them with an almost editorial style honesty, that not only speaks of his skills and experience, but also his passion to do right by the characters involved. 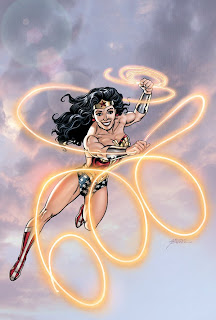 Here's a sample of said 'blunt honesty' from The Source;

WONDER WOMAN: "This is a strong, mythic, powerful character who for some time now has been kind of drowning under the weight of her own mythos, so I’m looking forward to paring away some of the layers of debris and undergrowth that have piled up around her in order to get to the core of the character." SUPERMAN: "And there’s a reason for [Superman's universal appeal], a secret no one knows, but I’ll tell you, because of how long I’ve known you, and our longstanding friendship. And the secret is this: The Superman symbol is Kryptonian for No Limits."

Check out the full interview here - it really is powerful stuff.

With Superman #700, Wonder Woman #600 (covers shown on left) and Batman #700 all falling in June, today's news just leaves the Dark Knight's post milestone writer to be announced...
Posted by IADW at 7:30 am