Every week Making A Mark features one of the insanely talented artistic folk, currently living up large on the pages of deviantART.com. Selection is simple; search for a great visual character, pic the greatest visual, then give it's maker a little brag spot right here on IADW. 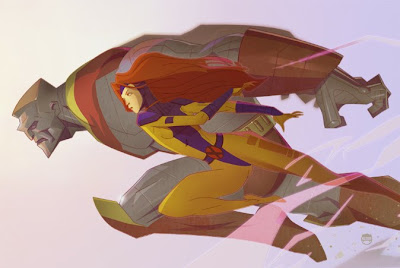 Where to start describing this guys skills, I mean really. He's like the 'Rubik's Cube' of illustrators. He takes a character, twists them slightly, then renders them up in a unique, yet distinctive manga/animation style, with a twist of fantasy art colour. 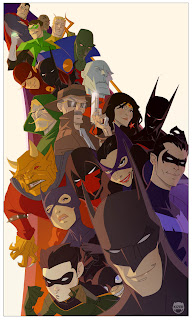 From massive multi-character jam pieces, to Kizer's solo animation style character sheets, the guy has a knack for conveying personality and composition through body language. Then, just as you think you have the 'cube' figured out, he throws in a Photoshop watercolour, which shows another side to his skillset, keeping his gallery fresh.

The biggest selling point though? He's a concept and art guy - a dynamic duo all in one solo - and the results are lethal. Read up on the thought processes Kizer gives each one, as they give each of his works some serious legs. 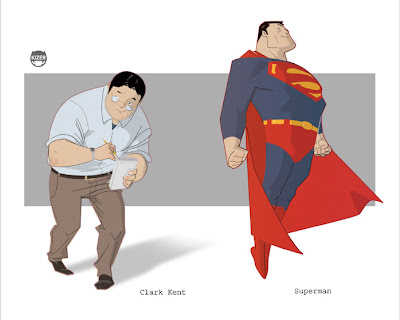 Case in point; the 'Gotham Brat Pack' pic below, of comics' best rouges, all re-envisoned as classmates in highschool. Instead of just leaving it as a visual (which still sells itself), Kizer takes the time to share his thoughts on each kid, and turn the piece into a pitch just waiting to happen!

"POISON IVY: Loves chemistry. Voted prettiest, smartest school b!tch all at the same time. That last one the girls in school gave her. Apparently she turned all of their boyfriends into her slaves"

See? - Great stuff. To read up on the rest of the 'G.B.P' click here, or check out his online galleries, at either deviantArt or Blogger for more. 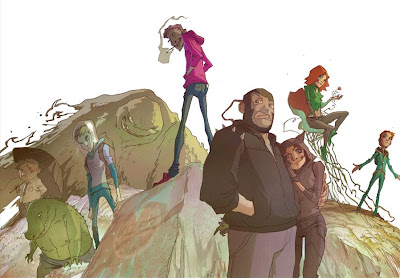