THE USUAL SUSPECTS: Catching Up With The Secret Six and The Fantastic Four

Despite being almost opposing ends of the spectrum, DC's Secret Six and Marvel's Fantastic Four, feature not only similarities in name, but also in line-up - as each includes a strongman and a guy whose 'power' pretty much amounts to body distortion.

Sadly though the ability to defy your limbs isn't all it takes in this day and age, so here's to Usual Suspects. A little regular news-space for the both titles, in the hopes that these monthly injections of comic genius, will one day have the sales that they should. 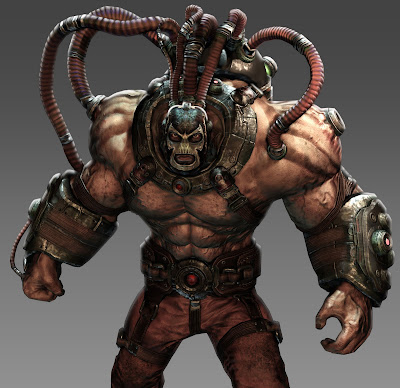 SECRET SIX: The stars of Batman's rogues gallery need their own individual video game. At least that's the thoughts of Rocksteady's Studio Director, Sefton Hill. As his crew work hard on a sequel to Batman: Arkham Asylum, Sefton says the rouge at the top of his list is none other than Secret Six field leader, and comic book Bat-spine snapper; Bane.

"I think one of the things about working on Batman is that you really get to see how good all the villains are," he told Videogamer.com. "I really think there's scope to take some of those villains, even some of the not-so-famous ones like Bane, who has a phenomenal backstory, and really work on turning that into something original and fresh.

"That's kinda of something [that would be] less popular, but something that could be really interesting and exciting. That could be crazy."

FANTASTIC FOUR: The preview is out for this Wednesday's Fantastic Four #577! Continuing the 'Prime Elements' arc of one-shots exploring of the imaginative lands within the F.F library, this issue stops in on the Blue Area of the Moon, the Inhumans, and even features the guy whose oath is not to act unless the earth's in it deep; the Watcher. 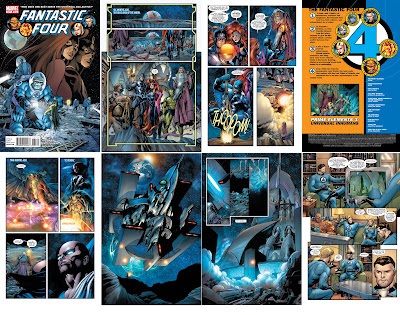 With Jonathan Hickman on words, and Dale Eaglesham pencils, I love how this book mixes the cosmic details with the microscopic. Case in point; the X-Men, the JLA, and even the New Warriors, all have big flash meeting rooms, with shiny chairs set around a big kick-butt table, but what does Marvel's 'first family' use? The household lounge. Nice..
Posted by IADW at 8:07 am