BATS VS. SPIDERS, AN IRA GORILLA And More, All When It Comes To THE CRUNCH

SHOT 1: Comics Should Be Good has run tournament to definitively answer the age old question 'Whose the best hero of all?' While you didn't need to be the world's greatest detective to predict it would boil down to Batman vs. Spider-Man, all you need to do to see which of the two world famous swingers came out on top, is click the jump.
SHOT 2: Wonder Con 2010 saw writer James Robinson reveal the final JLA line-up for the next two years as; Donna Troy, Supergirl, Jessie Quick, Jade, Dick Grayson (as Batman), Mikaal Tomas (as Starman) and Congorilla. Congorilla, will also develop new powers and a Scottish background, making him an intelligent, size-increasing, self-healing, warrior gorilla, who was once a member of the IRA. Yip, that's right - anything crazy can happen in comics.  Jump
SHOT 3: It's been a while since I picked up an 'X-book', but with Whilce Portacio set to return to pencilling Uncanny X-Men in July, that just might change. In his brief 90's run on the title, he rocked the Sentinels, Jean, Storm, and introduced Bishop, all before jumping the fence for Image Comics. For a hint of what the man can do back behind the x-pencils, just checkout these hot covers of yesteryear. 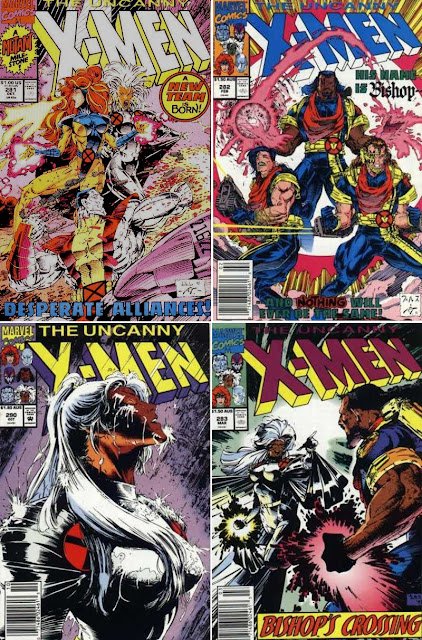