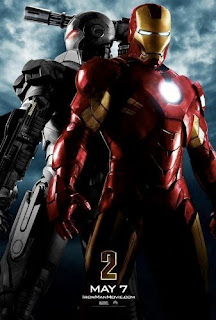 Whiplash vs. Iron Man, sounds like a five-minute fight, and pretty much is. However, as Tony Stark (Robert Downey Jr.) is the winner on the day, the whip-wielding Ivan Vanko (Mickey Rourke) wins the title belt, by showing a global audience that their ultimate saviour can actually be opposed, dented and have aspects of his technology stolen. In short he obliterates the suit of armour Stark hides within the most - his self-confidence.

Already under the eye of S.H.I.E.L.D. and it's top agent Natasha Romanoff (The Black Widow to us comic reading folk), the loss of public and corporate faith in both Stark and his company sees Tony spiral out of control. As Pepper Potts (Gwyneth Paltrow) tries to steady the ship, the Pentagon presses on to obtain the "Iron Man weapon" and rival weapon manufacturer Justin Hammer (Sam Rockwell), seizes the opportunity to make a play for Starks biggest contracts, while negoiating on the side with Vanko to take Stark out once and for all. 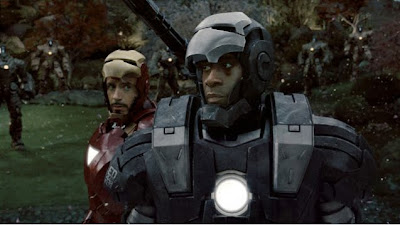 Yes, you're right; that is allot of ground to cover, and that's aside from the intro of War Machine, Tony's health problems, Samuel L. Jackson's brilliance as Nick Fury, or S.H.I.E.L.D. Agent Coulson's horror over finding the remains of Captain America's shield, and what Stark intends to use it for. In servicing all the varied plot points the movie does flip round quite a bit, but that's how an Iron Man film should be - pedal to the mettle with the action, fun and character interaction at full throttle.

Flawless chemistry between Tony and Pepper again grounds this sequel, however both get upstaged by Scarlett Johansson, in the role of Ms. Romanoff. Proving she's got more than enough bite to handle the bitter and sweet of the role, Scarlett easily devours every scene she is in - providing the best female performance in a comic film since Michelle Pfeiffer took up the cat-whip in Batman Returns. 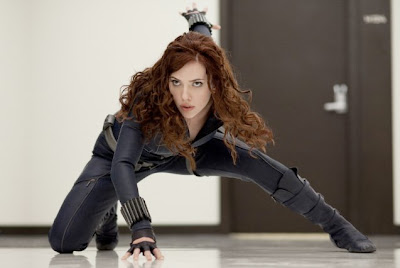 Her fight sequences are stunning, and while the War Machine armour does its best to upstage her, I would happily fork out for a decently written 'Black Widow' spin-off, based on her work in this film alone.
All in all Iron Man 2 is an awesome little number, and yes when that awesomeness apparently ends, there is an after credits scene that takes the Avengers set-up one giant step forward. A word to the worthy: this time you have to sit through all the credits to see it, which was more than the cleaning staff of the theatre I was at knew of, as they grew quite frustrated at the few weird lingerers who didnt seem to want to leave, until their presence (mine included) was finally justified by a nice little car tearing across the mexican dessert...