THE NOT-SO-SECRET-AVENGERS: Was The Line-Up Purposely Leaked?

As news broke today, that Moon Knight and Valkyrie were the latest members of Marvel's upcoming Secret Avengers series, a leaked pic appeared, apparently revealing the remaining silhouettes in full. 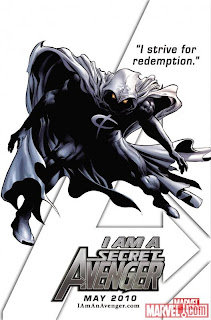 Then writer Ed Brubaker tweeted this: Oh yeah, there's like 3 characters missing from that image. Interesting. Wonder if it was leaked on purpose?

An advertising campaign that used the underground grapevine as well as official channels strategically? Now that's in theme of the 'Secret Avengers'. If the idea of former Defenders, Beast and Valkyrie back on the same team aren't enough for you, here's the leaked image with Nova and a new look Steve Rodgers. 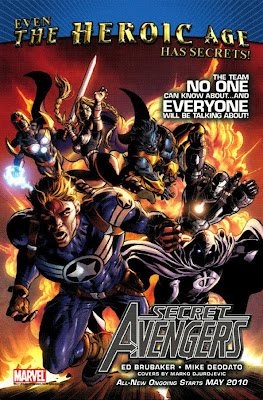