300 MEETS THE EMPIRE STRIKES BACK 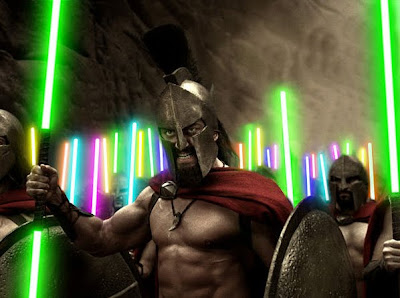 Any Star Wars fan worth their salt knows this year is the 30th birthday of The Empire Strikes Back. The film where Darth Vader proved just what a bad-ass he is, kick-started with a massive Empire-offensive against the rebel Hoth base.

Now mash all that Jedi-meets-giant-robot-dinosaur action up with Frank Miller's historically based graphic novel 300, and you not only get some pretty awesome photo manipulations done by Californian artist Devin, but an insight into a freakishly cool crossover that otherwise might never have crossed your mind.