Runaways Move Forward and Optimus's Prime, All When It Comes To THE CRUNCH

CRUNCH: Brian K. Vaughan and Adrian Alphona's cult-hit Runaways was a surprisingly low selling title, and with all eyes currently distracted by the Marvel Studios Avengers films, the live action Runaways adaptation could be set to follow the same path.

Based on a set of kids who hit the road upon finding out their parents are super-nasties, screenwriter Drew Pearce quietly signed up to script the Peter Sollett directed tale this week. I know - they may not be household names yet, but something tells me this is going to be one to watch folks... stay tuned.
CRUNCH: With World War Hulks only a few months from finishing, superstar artist Ed McGuinness stated to CBR readers he'd love to stick around on the Jade Giant after the big wrap. Lucky too - this weeks teaser screens of Marvel vs Capcom 3, show the Cap-crew know one thing; how to draw the Hulk, and if anyone can put that energy into print it's McGuinness. Check out the screens, right after the jump. 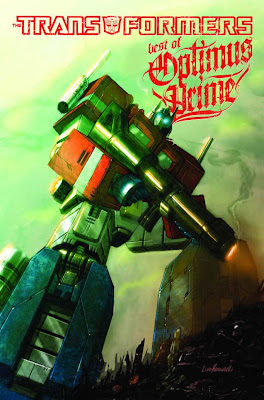 CRUNCH: There's no preview to go with it, but when you have a cover as sweet as this week's The Transformers: Best of Optimus Prime from IDW, things pretty much sell themselves.

While dying is hardly a 'best of', here's a clip from the animated Transformers movie, that stands not only as times ultimate 'What the?' moment, but also why ol' O.P is the best Autobot ever (excluding Grimlock of course).