THE 'SHADOWLAND' TEASER THAT SHOULD BE, BUT PROBABLY WON'T

Boy Marvel is pumping out teasers for July's Shadowland event at a fast rate of knots. From Punisher nailing Spider-Man, to Daredevil running Bullseye through, the way the arch-rival murdered Elektra, it seamed like to much fun to miss out on, so I created one of my own: 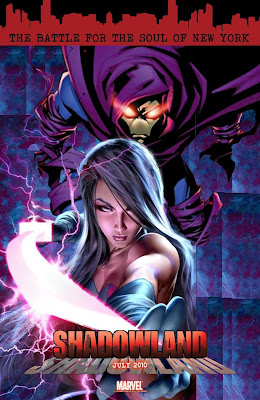 If the ninja-trained Psylocke doesn't show up in a story where her former clan has martial-law over Hell's Kitchen, something's gotta be wrong - plus it gives her and Elektra a chance to bump blades, and that's cool in anyone's language.

As for Sleepwalker in the background there, I might just be one-hand-clapping on that one, but I think Shadowland is the perfect reinvention spot for Rick, and the alien defender that escapes from his mind when ever he dares to dream...
For those of you who have missed the official promos, check them out; 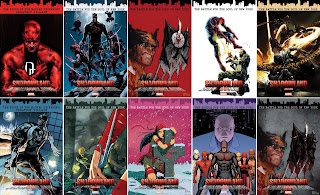