THE TOP 10 QUEENS IN COMICS

As part of the British Commonwealth, we are currently enjoying 'Queen's Birthday Weekend'. What's better; it's not even the old girls actual birthday, so we get the day off and don't even need to find a present - double score! Still as a tip of the hat, here are the Top 10 Queens In Comics, and how they kick-butt in four-colour style.

10: Snow Queen (Vertigo) One of Geppetto's most trusted allies, in the hit book Fables, the once kind and gentle Lumi has become a scheming and powerful sorceress, with an army of frost creatures at her disposal.

9: Queen Bee I (DC) One of the Justice League's earliest rouges, Zazzala lives only for the interstellar expansion of her species.

8: Medusa (Marvel) Queen of the Inhumans; Medusa is literally the voice for her people, and her husband, the powerful Black Bolt.

7: Oliver Queen (DC) A cheap shot, but few have a greater eye for justice (or range of trick arrows) than the streetwise ladies-man, Green Arrow.
6: Storm (Marvel) A force of nature in herself, Ororo Munroe, reigns as Queen of Wakanda. Having married the Black Panther, she combines the duties of her throne with the the fight for mutant rights.


5: The White Queen (Marvel) The White Queen of the Hellfire Club, turned X-Man, has been as evil as she has heroic. Emma Frost's true motivations are often as variable and as dubious, as the reflections in her own diamond covered skin.
4: Hippolyta (DC) Wonder Woman's mother, Hippolyta, has maintained her sovereign post as Amazon Queen of Paradise Island. As strong in words as she is in actions, there are few who are her rival, in battle or politics.
3: Mera (DC) At the cost of her family and at times her sanity, Mera's relationship with her people, as Queen of Atlantis, and her husband Aquaman, has been as turbulent as the seven seas. Now Mera stands stronger than ever, against any threat to either which may wash in on the incoming tide.
2: Lilandra (Marvel) With a family history of blood and betrayal, Lilandra has led the Imperial Guard and her Shi'ar people against some of the biggest threats in the cosmos. With a fondness for earth and it's people, she often takes our planet under her wing, using her resources and status in its defence.

1: Amanda Waller - Checkmate's White Queen (DC) Nicknamed 'The Wall' Amanda Waller is an unmoveable force. Having led and manipulated the Suicide Squad, she is capable of making battlefeild calls no other human could. This cold, hardened exterior made her the perfect choice for Checkmate's position of White Queen. 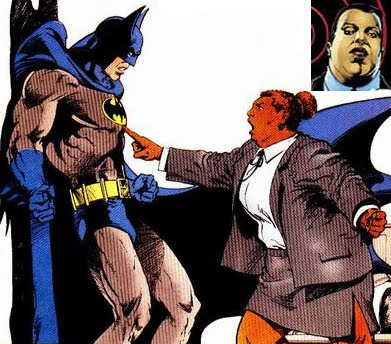