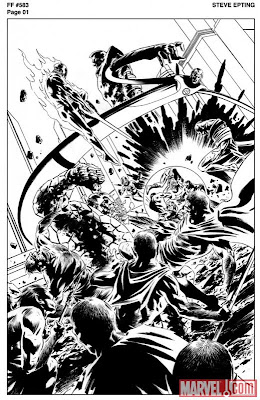 I think the fanboy inside me just wet his pants in excitement.

It's always sweet to hear when companies put one of your favourite artists, with one of your top writers, on a book you've collected since forever. But I doubt that was Marvel's motivation when they announced today, Steve Epting - one of the best artists in the game - is jumping on board Jonathan Hickman's all-kinds-of-awesome run on Fantastic Four. 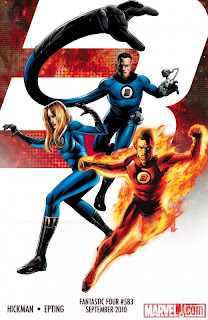 Kicking off in September's #583 - the launch of the aptly named 'Three' promises three things. 1) The death of a member of the Four, 2) A six-issue war of four cities, and 3) the return of the likes of Annihilus and the Inhumans, that have recently been hogged by other areas of the Marvel Universe.
Now, picture all that rendered in the 'cosmic' style Epting showed on Avengers, mixed with the 'realism' of his stints on El Cazador and Captain America, and you will see this will be a run worth clearing some pull-list space for.
Still unsold? How about this little equation; Epting + Doctor Doom = 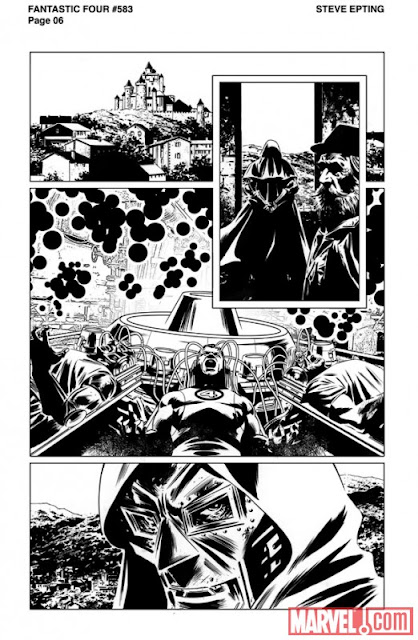 Yip, thought that that might seal the deal for you.
Posted by IADW at 7:44 am