Every Sunday here on IADW, I spotlight the work of some unsung average Joe or Josephine, whose work with the ol' pen and paper is something else entirely. Due to Comic Con' hogging all the headlines I skipped last Sunday, but will now rectify that jump with three artists, taking their work to a whole new dimension - literally.

Got your red and blue glasses handy? Good, because first up is Jackademus. A UK illustrator who created a 3D comic when he was 16 from coloured pencils. Now he turns out 3D masterpieces like his all-time favourite character Robin, duking it out with Mr Freeze. 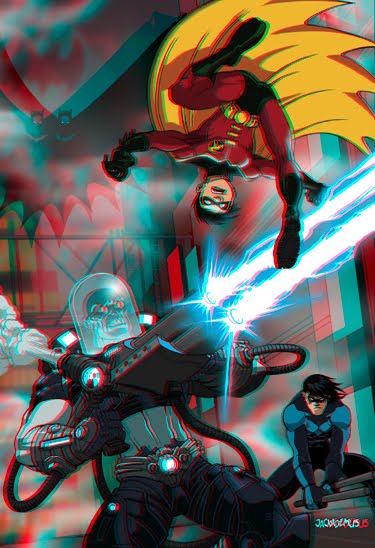 Amazing stuff huh? Believe me you haven't seen anything yet - the guys 2D art is just as hot (he is behind one of the squares in the IADW header), so look for more on Jackademus this Sunday on IADW! Next up though, Flash in 3D and the Green Lantern Corps...
Here's Arne's 3D take on the fastest man alive, The Flash. 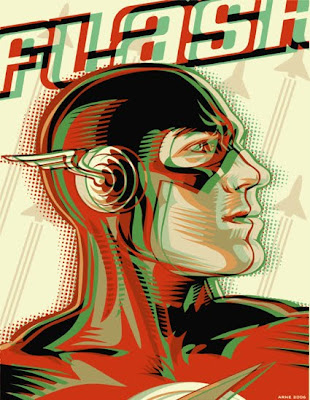 While Arne feels this one doesn't quite work as well as it could when spied through a set of 3D specs, I reckon it's a fantastic idea that fits the character like a glove, and therefore works, even without a pair of 3D goggles. Imagine that as a poster!

Finally, we turn to the franchise of the moment, The Green Lantern Corps. This time 'Lord Mesa' has the lil' GLC flying right at ya' from the darkest depths of space. Now that's cosmic! 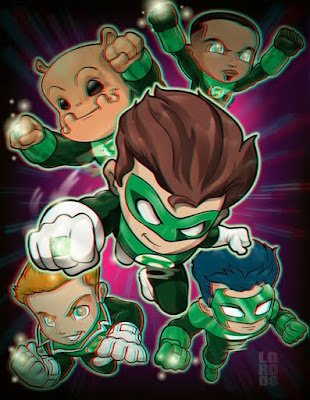