Featuring the behind the scenes teases of the upcoming animated series, Young Justice, this clip shows shows off Robin, Superboy, Kid Flash, Miss Martian, Artemis and Aqualad - plus cameos of a Justice League "16 members strong" including Captain's Atom and Marvel.

Can we get a shot of that Justice League again? 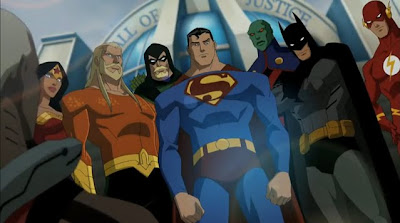