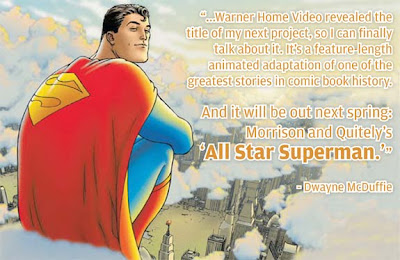 Even if you are not a “Superman fan” this announcement from Dwayne's own website, is easily one of the best of the last few days. Dwayne McDuffie is an animation all-star, whose credits include the recent Justice League: Crisis on Two Earths and a decent chunk of work for Marvel, DC and their Milestone imprint. If anyone can help turn one of comics holiest of grails into a animated feature, it is he.

All Star Superman, cements the idea that if there's one character Grant Morrison can write the hell out of it ain't Bats, but rather the Man of Steel. Backed up by Frank Quitely’s stunning ‘super-verse’ the book literally illustrated why Superman still applies in any era, with now iconic moments like this; 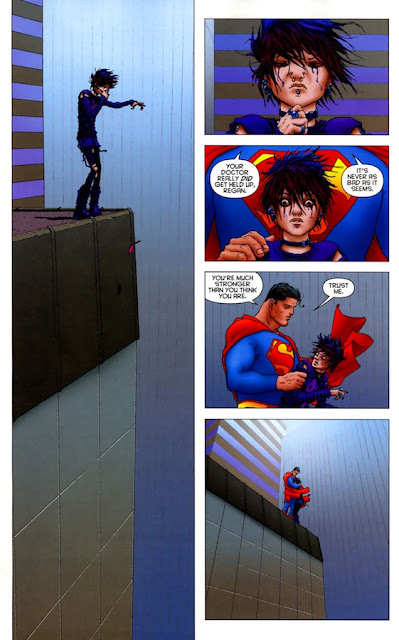 If the animated movie is even half as good as this All Star Superman could quickly become the landmark event of both mediums.
(Story via ifanboy)
Posted by IADW at 10:34 am