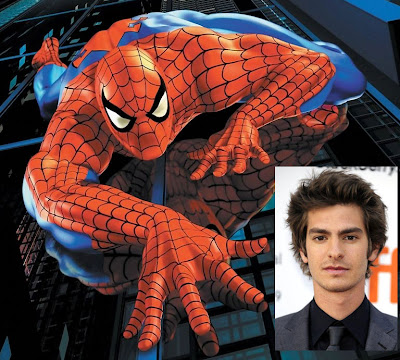 Rising-star Andrew Garfield (The Social Network) may be one cool cat, but from this day forth he'll be doing whatever a spider can, after Sony today named the actor to play the lead role in the reboot of their Spider-Man movie franchise.

Like previous Peter Parker, Tobey Maguire, Garfield is a relative unknown stepping into the spider-threads, whose "intelligence, wit and humanity" snagged him the highly coveted role.

Set to begin filming in December, and released in spider-sense tingling 3D July 3rd 2012, the next question on everyone's mind will be who will be the villain?
Posted by IADW at 3:47 pm