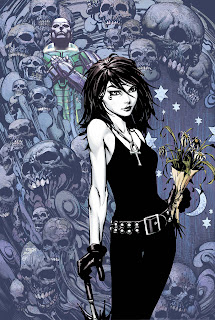 He's never quite been able to leap tall buildings in a single bound, but for a fit 70 something male, he still does a pretty fine job of going toe-to-toe with the 'Man of Steel' at every opportunity. However, DC has announced Death is about to come knocking for Lex Luthor, and only a good knowledge of Mary Poppins may save him.

See yesterday when I first laid eyes on the cover to Action Comics #894 over on the left there, I thought that was bigger news than Wonder Woman's jacket and the new Spidey actor combined. Not because a character from DC's mature readers line of books Vertigo, was crossing back into the DCU - but simply because Death is coming back to print period.

In the 90's when many books became about splash pages over substance, and guns over glory, one book was a guaranteed monthly safe haven for those still after a decent read with their pictures, and that was Sandman. A Neil Gaiman written master-class that still stands up against whatever you put beside it, the series not only helped give Vertigo some serious legs, but introduced me to two life long addictions; the art of Chris Bachalo and Death herself. 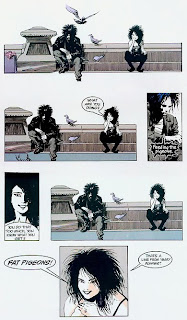 No, not your robed, scythe-wielding, fear-inducing, run-of-the-mill grim reaper, Sandman's Death was different. Gaiman created his embodiment of our mutual fate, as a bubbly emo girl-next-door, who loved Mary Poppins and happy endings. She was a positive vibrant character in a grim'n'gritty comic industry, but she worked - boy did she work.

Not only did Death make an already brilliant book breathe, she almost hijacked every issue she appeared in. From The Sound of Her Wings to her own must read special; Death: The High Cost of Living.

While some seam to be fearing how Action Comics writer Paul Cornell will script the girl who greets you when all is said and done, I'm thinking this issue will be pure gold.

Not only has Paul mentioned he's going to run the issue past Gaiman of his own volition before submitting it, he is the guy who wrote Captain Britain and MI 13 - a book I originally grabbed for the Black Knight, only to have it top my reading stack every month. Believe me, when the year is over and it's time to reflect, you'll want to say you didn't miss out on hanging out with Death this October. 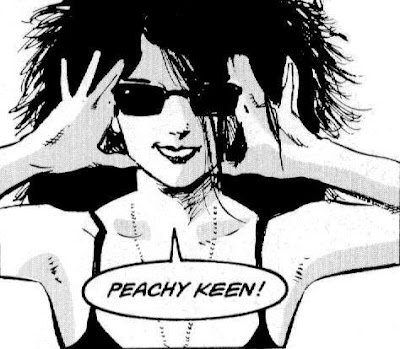