The New Uncanny X-Force: Psylocke, Archangel and is that Storm Shadow? 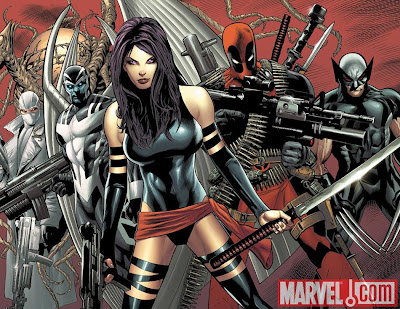 You don't have to stop in on It's A Dan's World long to know that I have a pretty mad thing for the X-Men's Psylocke. While the ninja-trained telepath can often come out seeming like a bit of a round peg in a square hole on the regular X-Men teams, today's news she will star in Wolverine's new Apocalypse hunting, Uncanny X-Force ongoing series is made even sweeter by the fact she'll be back side-by-side with her ex and fellow ultra-cool X-Man, Archangel.

This team, which debuts in X-Men Second Coming #2 (before Uncanny X-Force #1 strikes in October) completely suits Betsy's character, and will be an proving ground for what a weapon she and her powers are.

Deadpool unsurprisingly joins in, along with Wolverine and Fantomex - the dude who looks like Storm Shadow of G.I. Joe fame, all dressed in white (which on a team like X-Force makes you think his mutant power is stain remover, rather than 'super-sentinel'). Big change from the line-up in the original X-Force #1 huh? Ah, the 90's... 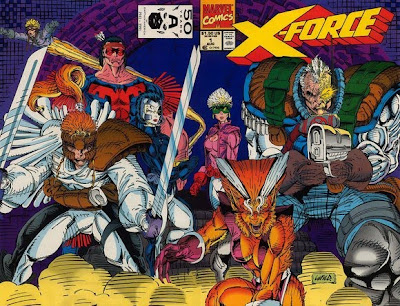