While another set of assemblages in New Avengers #1 took out the months top spot, DC managed to crawl back some sales ground, narrowing the unit share gap on leaders Marvel to just 8.39%. This was helped by two more spots in the top six than they had in May, not the least of which was Batman #700. 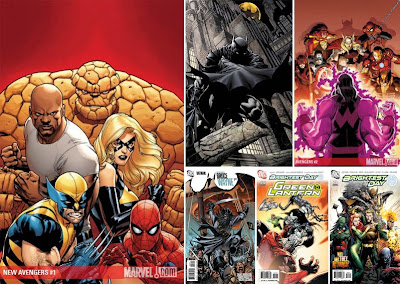 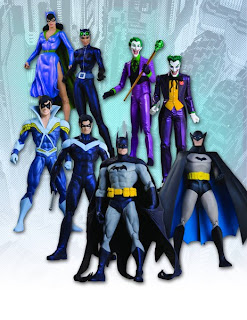 THE WINNER ON THE DAY: DCU ORIGINS SERIES 1 ACTION FIGURE 2-PACKS #1 (Top Toys and Statues). These cool little two-packs feature the four biggest icons of the Bat-universe in their original and modern day looks. Just look at Nightwing! In June Batman figures took out three of the top four spots in their category - no wonder DC Direct keeps pumping them out!

Stats via Diamond Comic Distributors.
Posted by IADW at 10:30 am