Walking Dead's First Steps, Galactus Touches Down and the Cosmic Strut, It's...

CRUNCH: While all eyes are looking towards the Green Lantern and Thor films, don't be surprised if the blind-side comes from the TV adaptation of Robert Kirkman's Walking Dead. The first official cast photo landed this week and it's a doozy; 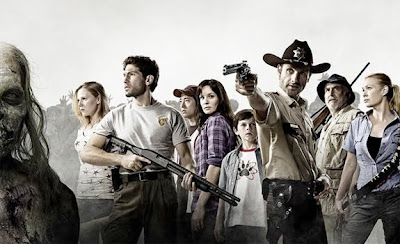 CRUNCH: IGN have revealed the SDCC Exclusive I want more than Christmas; Hasbro's Galactus. Not only is the newbie bigger and better than the 'assemble-me' Galactus from the Marvel Legends range - check 'em side-by-side in the photo - just look at his bag!

CRUNCH: While I don't think there has to be the word 'Avengers' in the title to make a book sell (Oi, who thought that would ever be a worry for a comics fan?) the teaser below is pretty durn sweet 'Cosmic Avengers' or none. Quasar, Beta Ray Bill (Yeah!), Guardian, Nova, Silver Surfer and Ronan.
Now if they just add a female, like oh I dunnow Photon, back in her Captain Marvel jumpsuit, it would be close to perfect. 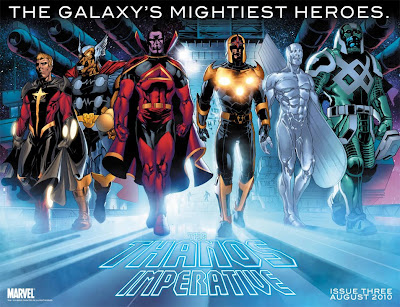