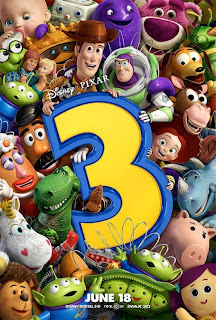 I want to start carving out an area on IADW to promote the great stuff going down in the world of all ages comics and film. What better way to kick off this semi-regular feature, than the news Pixar's Toy Story 3 has just broken the $1 billion mark worldwide.

While it's no doubt increased ticket prices have helped this milestone along, Toy Story 3 is now the highest-grossing animated film of all time - which just proves the value of great characters and a story you can pop on regardless of whether your kids, friends or grandparents are around.

For my money the hilarious addition of Ken (as in Barbie) is reason alone to see this film. With Alice In Wonderland also having broken the $1 billion mark this year, Disney are having one massive 2010.
Posted by IADW at 9:30 am