Looking to try a little BOOM! in October? Here's two of the best cover shots from the BOOM! Studios October solicits, you might want try wrapping your laughing gear around. 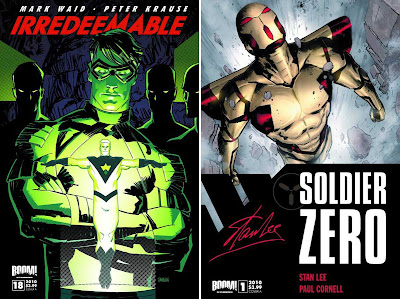 (Left) IRREDEEMABLE #18 Cover Dan Panosian (w Mark Waid, art Peter Krause) After a startling revelation about the super-villain Modeus, Plutonian is forced into a new conflict with his most dangerous enemy. And with the Paradigm disorganized and in-fighting, who will protect the vulnerable planet from the coming storm? $3.99.