THE CRUNCH: What's That Got To Do With The Price of Comics?

This week's 'CRUNCH' seems pretty universal. Forked out for any $3.99 comics lately? I know I'm tired of pulling a 'Mr Fantastic' in order to get my wallet to stretch, and it's now time to make like Freddy Krueger and hack it back into something a little more manageable. 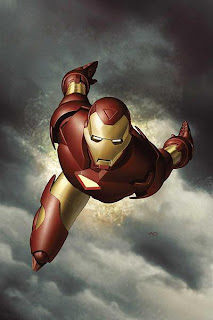 The crux of the habit for me is that I like to support my top characters by being comprehensive in collecting their adventures. Now that I'm taking affirmative steps, the guilt I had leaving Hawkeye and Mockingbird alone has become easier to handle - leading to the axing of titles like; Legion of Super-Heroes, Invincible Iron Man, Justice League of America, Avengers and the new Green Lantern Emerald Warriors. 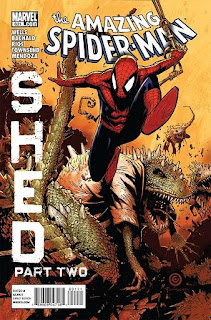 What caused me to start cutting? Two things; the fact $3.99 doesn't look like it's going anywhere soon, and artist Chris Bachalo.

When I saw Chris's name on the cover of the recent Shed story-arc in Amazing Spider-Man, I made a detour from the norm, and when it and he were done, so was I. It was great. I still got my monthly dose and being a huge fan of the creator involved, I knew chances of been let down by content were pretty slim. It's win-win!

Writer Paul Cornell is another. His Captain Britain work would've been the one title I'd have yanked away with me to a dessert island back in the day, that's how I'm finding his current run in Action Comics, and why I will pick up his Soldier Zero from BOOM!

It's not all going to be creators over characters from here on in - The Flash for example I once tried to give up many moons ago, but only lasted three weeks! However as a pull-list perspective it has definitely got me off to a good start.

What about you? How has the rising cost of comics affected you and are there any ways you've found to 'slim down'? Feel free to drop your thoughts below.
Posted by IADW at 7:03 pm