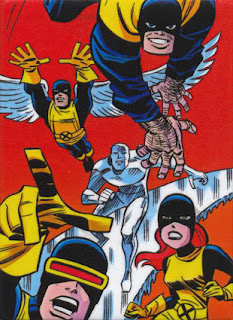 Director Matthew Vaughan has balls. Where most people chuck empty soda cans in the trash after watching current blockbuster Inception, he binned a whole scene from X-Men First Class. In Vanghan's own words;

“I saw ‘Inception,’ which I loved,” Vaughn said Monday. “But my heart sank when I saw that a few of the ideas we had were up [on the screen]. So it’s either leave it in and look as if you’re copying or change things. We completely ripped out about 12 pages of the (First Class) script and the storyboards.”

What was on those pages? Try Professor X and a handful of mutants wrapped in a massive psi-war, with spinning rooms and the rules of physics smashed with every blow.

Yip, whereas many movies piggybacked the success of fellow mind-bender The Matrix, Matthew taking a stand to keep First Class original and fresh at this point in the game, despite a release date of June 3rd 2011, gets two big thumbs up from me.