If Batman needs to accessorise he has the Bat-mobile - not Robin.

Often played off as pop-culture's most recognisable appendage, Robin is a role-model of stepping to the side and casting your own shadow - be it the original 'Robin' Dick Grayson, or any of the four who have followed in his elven-shoed footsteps.

While Christopher Nolan may feel the brightly-coloured 'sidekick' won't fit into his blockbusting bat-movie-verse, there's no denying seeing Grayson leave the shadow of the bat and define his own role as Nightwing, would make as much of an impact on cinematic history, as it did in the printed pages of comics and The New Teen Titans. 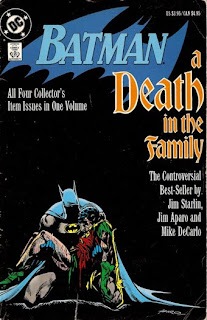 I see this when 'non-comic' readers, read or pick up my copy of A Death in the Family, over The Uncanny X-Men or even The Death of Superman.

Their care for the cover's lifeless iconic hero, is soon replaced by the question 'Why is Robin called 'Jason Todd'? I thought he was someone else?' Un-soothed by the fact Todd was okay, before dying as a mean-streaked misfit at the hands of the Joker, most remain shocked DC changed 'Robin' without their notice, and that readers voted for his death in an 0900 phone poll.

That's cutting out that Jason is now back as The Red Hood - a guise originally used by the clown who 'killed' him.

The next Robin up at bat, Timothy Drake, did more than fill DC's need to keep a heavily trademarked lunch-box selling likeness in print. He proved what Jason Todd didn't - you could have another success in the role of 'Robin' without carbon-copying Dick Grayson.

Initially gifted more with gadgets and logic than he was at acrobatics, Tim Drake had to train 'on-screen' to become the 'Boy Wonder'. While Stephanie Brown (now Batgirl) would fill in as 'Robin' for Drake briefly, Tim became a relatable character for a whole new generation, before forming his own mantle as Red Robin. 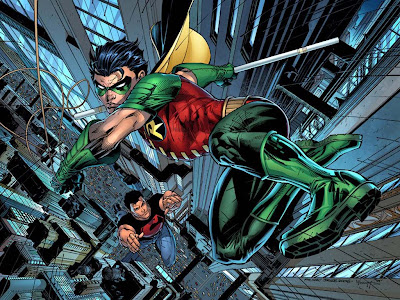 Drake's success left a challenge for DC. Filling the void with a guy or gal who wasn't a personality clone of any who had gone before them, yet was deserving of the attention that would come from inheriting one of the companies most recognisable names.

With the latest Robin, Damian Wayne they struck paydirt. The 'love child' of Batman and Ra's al Ghul's daughter Talia, Damian isn't interested in carrying on Dick's mantle, but making it his own.

While previous Robin's usually were or became orphans through 'normal' means, Damian's brash self-esteem sees him reject his mother, and her conditioning, by refusing to destroy all his father has built in the mantle of 'the Bat' and confronting her evil plans instead. 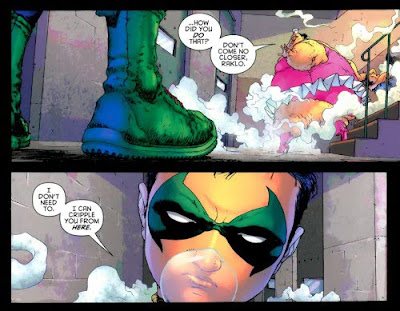 With Nightwing, The Red Hood, Batgirl and Red Robin all springing from the one legacy, it will be exciting to see what hero or anti-hero Damian will become. While hope is this will lead to Damian's own Robin #1 in 2011, if more of the mass public could become aware of the Robin legacy in general, then people would see it isn't really BATMAN (and Robin), but Batman and Robin.
Posted by IADW at 10:00 am