THE USUAL SUSPECTS Fantastic Four Movie vs The Avengers? 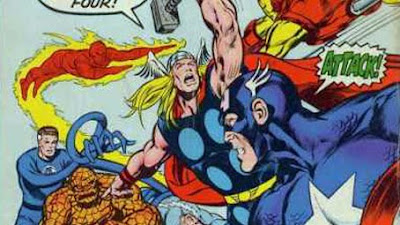 Rumours are hitting the fan everywhere, over Fox Studios planned revamp of the Fantastic Four. Showing the studio is serious about getting the big-screen adventures of Marvel’s space-faring family off the ground,  Fox plan to release the film summer of 2012 – head to head with Marvel Studios’ Avengers.

Here’s what's gone down so far:

James McTeigue (V For Vendetta), David Yates (The most recent of the Harry Potter movies), Joe Carnahan (A-Team), are on the short list to direct. While A-Team is the best movie of 2010 IMO, I’m hoping if FF is serious about a 'mature' tone, McTeigue gets the vote. 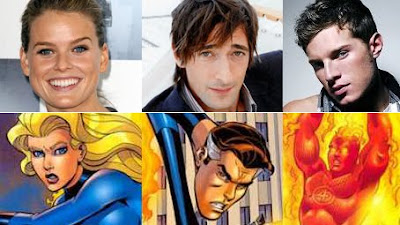 Alice Eve is the frontrunner to play the Invisible Woman, Adrian Brody - Mr Fantastic, and Kevin Pennington is hot for the Human Torch.
The current screenplay has the Four’s origin taking place during the opening credits similar to that of Watchmen and The Incredible Hulk. 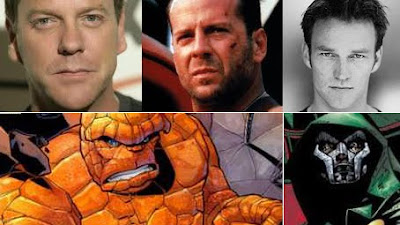 Fox is chasing Bruce Willis for the voice of the CGI Thing, and pose for shots of Ben Grim in the title sequence. However an opposing rumour suggests Kiefer Sutherland is being set up for the role.

While Dr Doom’s role may not be central to the first film, Fox are hoping to nab True Blood’s Stephen Moyer for the part of the ruler of Latveria and master of the mystic arts.
(Via here and here)
Posted by IADW at 10:11 am