HIT PICK TO CLICK: NEW TEEN TITANS: GAMES HC (DC): The creative team that made the New Teen Titans the #1 book in the 80's is back rearing to dish out a little more of the same! More action from Marv Wolfman - more art from George Perez, - more Nightwing, Cyborg and Raven - all in one hot little self-contained hardcover.
CLOSE CONTENDERS: 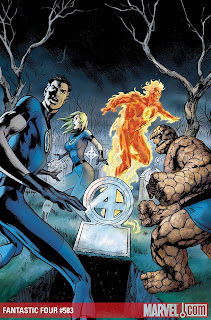 FANTASTIC FOUR #583 (Marvel): Artist Steve Epting and Dr Doom touchdown in the issue which kicks off the storyline that will see the death of one of the four! Four down to three? Who will it be? (I always sucked at subtraction)
INCOGNITO: BAD INFLUENCES #1 (Marvel - Mature Readers): Writer Ed Brubaker's pulp series returns! Zack Overkill's finding the Government's leash a little to tight, but sent back to the darkest parts of the underworld he was raised in, that leash might soon become his noose! 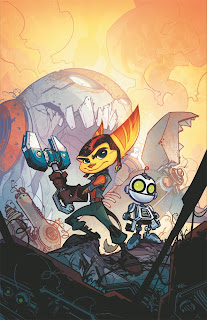 THOR: FOR ASGARD #1 (of 7) (Marvel): I'm sure Robert Rodi's story of a hammer-less God of Thunder trying to reunite his fathers empire will be one for the books - but hey; this is Thor drawn by Simone Bianchi. Kinda sells itself really.
RATCHET AND CLANK #1 (Wildstorm): Fresh from saving the universe Ratchet and Clank look for some R&R. But where most folks struggle to find the remote, the duo start to realise whole planets have gone missing and set out to throw a few spanners in the culprit's works!