With Friends Like These: The Best Avengers vs Marvel Covers 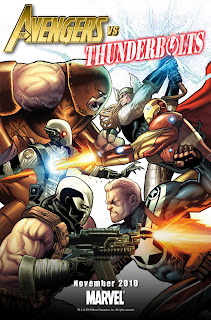 Today Marvel released this teaser image, that in November, the Avengers are going head-to-head with the Thunderbolts. Anyone would think 'Earth's Mightiest' just don't get along with 'Earth's Almost Mightiest' - they're always throwing down against their fellow heroes, from the X-Men to The Fantastic Four!

So here's a rundown of the best Avengers vs Marvel covers, right to number one. Starting off, the three title clashes between Cap's team and the Justice League-ish Squadron Supreme. 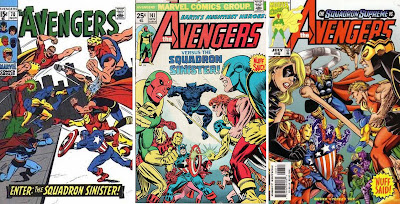 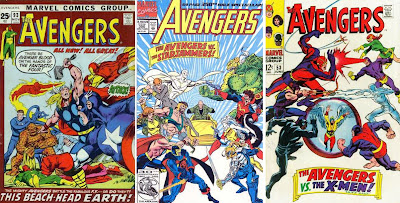 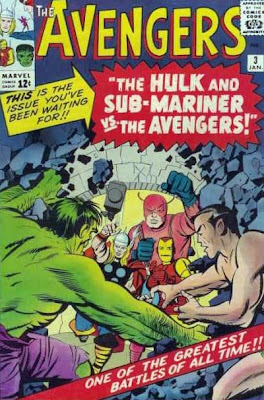 AVENGERS Vol 1 #3 (vs The Hulk and Sub-Mariner by Jack Kirby) Not only is it a sweet angle done by the late, great Jack Kirby, there's something to be said for the days of Marvel where Namor would just show up and pick a fight with that title's hero.

Plus as half of the most iconic Defenders line-up, it gets even cooler when you picture your perspective as that of the Silver Surfer or Dr Strange!
Posted by IADW at 11:50 am