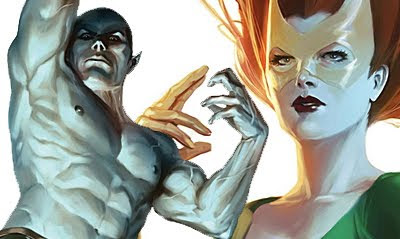 It's been a while since I posted any art from Marko Djurdjevic and frankly I'm going through a few withdrawal symptoms. In 2009 the 'bigger than superstar' artist did a range of variant covers to celebrate Marvel's 70th birthday, yet the covers were extra hard to come by, due to the system used to allocate the books to retailers.

While I thought Spider-Woman would've taken the generic Marvel heroine spot over Ms. Marvel, the 12 covers and their subjects are simply amazing. And if you haven't managed to cast your eyes over all twelve you can now spy the first three below and then the other nine after the jump. Handy huh?