ALL AGES ASSAULT: Batman Asks 'Scooby-Doo Where Are You?'

Gargoyles on every roof, Two Face and the Scarecrow - yip, Gotham City's creepy, mysterious vibe makes it a perfect match for Batman and co., but what about Mystery, Inc?

Well, fans of all ages will soon find out, with Comics Continuum reporting Scooby-Doo will star in an upcoming episode of Cartoon Network's Batman: The Brave and the Bold, titled; Bat-Mite Presents: Batman's Strangest Cases!
This isn't the first time the Dark Knight Detective has paired up with the world's best whodunit hound-dog - in the 1970's Robin, Joker and even the Penguin got into the mix with The New Scooby Doo Movies. Read more after the jump. 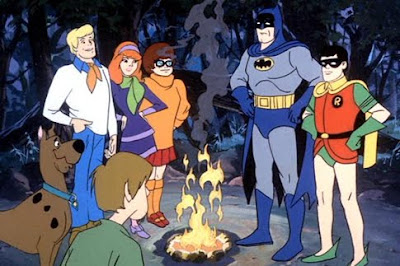 The modern day Paul Dini written mash-up though, might finally answer a few long-standing questions, such as 'Will Batman deduce why the same plant keeps appearing as he runs further and further down the corridor?' and 'Why Daphne bears a striking resemblance to original Batgirl, Barbara Gordon?' 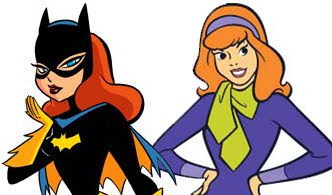 The waistline, the redhair... now there's a mystery worth investigating.
Posted by IADW at 9:30 am