Considering everything they make is a monstrous hit, Pixar sure stumped allot of faces earlier in the year, shelving new project Newt, in order to focus on Brave and the sequel to Monster's Inc. 2.
Now, those frowns can be turned upside down with Disney/Pixar posting a tonne of concept art on their Facebook page, allowing fans the ability to imagine 'What if?'

The animated flick was set to tell the story of the last remaining male and female blue-footed newts on the planet, who are forced together by science to save the species, but find they can’t stand each other.
Check out the rest of the concept art in full, after the jump. 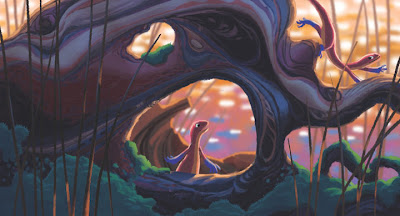