CLINT EASTWOOD OFFERED SUPERMAN Would Rather Swim With The Fishies

Dirty Harry's a hard-boiled guy, but could he be the 'Man of Steel'?

Seems Warner Bros. President Frank Wells put that offer to him back in the 70's. Yip, that means ol' Clint Eastwood could have been cast in the role that made Christopher Reeve immortal. Not only that, he was also offered the role of James Bond after Sean Connery exited stage left. Turned that down too.

While he didn't feel right stepping into "Sean's deal" as 007, the living legend told Hero Complex while he didn't see anything wrong with being Superman, he knew the role was not for him, describing Reeve's future run as "excellent". 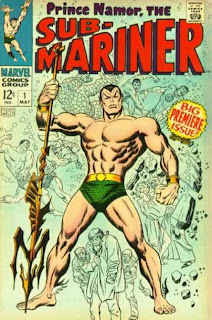 The final shocker in the interview? Right at the end; “Hey buddy,” Eastwood said with a thumbs-up gesture, “the Sub-Mariner, that’s the one I always liked. I had all of those comics when I was a kid.”

Eastwood as the Sub-Mariner!? That's definitely got legs. Don't you think Clint yelling "Imperius Rex!" would be an instant Hollywood moment?

Read the full interview after the jump, or catch Clint in Hereafter in theatres late October.
Posted by IADW at 7:00 pm