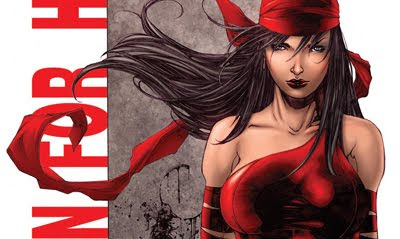 Deaths are an odd thing in comics. Rarely permanent, the deceased is usually back jumping round and upper-cutting evildoers within a period of months. The jury in two cases though is still out on whether the victim should have ever been brought back to the land of the living, and what-do-you-know they are both Marvel's.

Should Jean Grey have 'risen' after her fate in The Phoenix Saga? And should Frank Miller's ultimate femme-fatale have returned after her death at the hands of Bullseye?

While the currently 'deceased' Jean is bordering on becoming comics biggest life and death yo-yo (more so than Resurrection Man), Elektra is alive and well, and kicking it ninja-style in the pages of Marvel's Shadowland. The event's giving her her own one-shot, but today Marvel released this trailer by Psylocke artist Harvey Tolibao, teasing... well see for yourself... 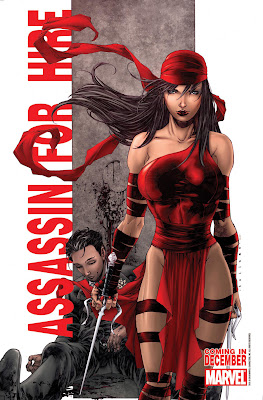 So what do you think? Is Marvel giving Elektra another stab or is this the first teaser for a new Heroes for Hire type series? With all the action stated to go down in December, we won't have long to find out.
Posted by IADW at 8:21 am