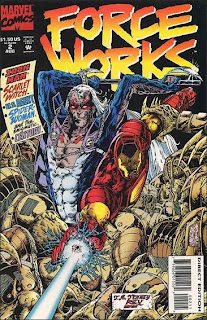 CRUNCH: I've posted before about my love for Marvel's Force Works. The follow on to Avengers West Coast by current hit-writers Dan Abnett and Andy Lanning got two major plugs this week at The Cool Kids Table, one in a post on why the book was ahead of it's time and another on where all the stars are at now - Century I miss you! (Jump)
CRUNCH: The artistic craze on Twitter this week; posting feline takes on Marvel's biggest stars. The best peice of fluff? Skottie Young's Ghost Kitty Rider - with trike! How can you say no? 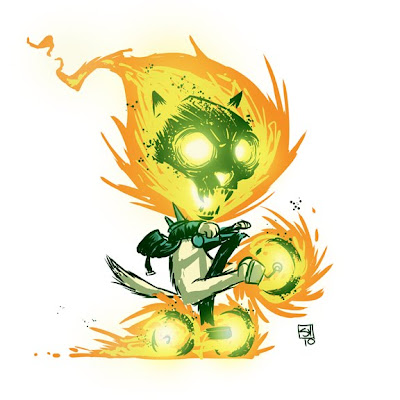 CRUNCH: It's a special kind of parent that dresses their kids and friends up in costumes and makes them act in the style of the Adam West Batman TV show, but boy is it fun.
Thanks to Comics Alliance, while 'Catwoman' doesn't seem that enthused, anything with mini-Riddler in has got to worth spotting...
Part two and three are after the jump wah wah wah.
Posted by IADW at 9:00 pm