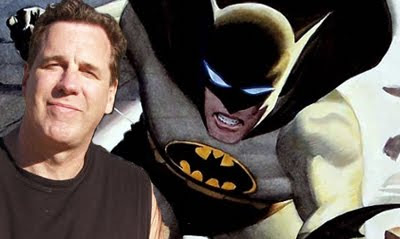 There’s a pretty big artistic graveyard in comics for artists who tried to walk in the shadows of the industries biggest legends, and either fell through the cracks by not quite nailing the homage, or nailing it too well and not injecting enough personal flare to stand apart.

Steve “The Dude” Rude doesn’t just walk this tightrope brilliantly, he’s mastered it for over 30 years. 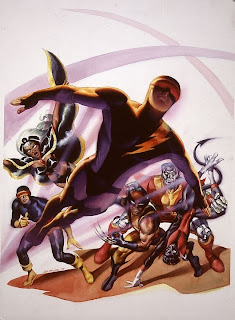 Whether it's his co-creation Nexus, or the likes of Superman or The Fantastic Four, Steve's retro/modern art always gives you the chills, because you know you are looking at history in the making. Now that history is about to be chronicled in a Ian Fischer documentary, which will look at the elusive artist’s depression, talent and his escape into the world of “fine art”.

Three years in the making and including interviews with the likes of Mike Baron, Alex Ross and more, Rude Dude may still be six months away, but it will be an instant 'must watch' for any art or comic fan – me included.

The first trailer for the doco is up after the jump – be warned it’s a bit of a heartstring jerker, but definitely worth the watch.
(Via)
Posted by IADW at 6:00 pm