If there's a few dinero rolling round loose in your wallet this time of the month, and you're thinking of adding an extra purchase to your pull-list, here's three quick-fire reviews to help steer your spare change. 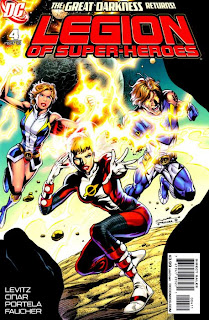 Wanna' know something amazing? Paul Levitz knows how to juggle plots. Here he's got the hunt for a new Green Lantern, Earth-Man's facist background, the refugees of the exploded planet Titan and the cult of Darkseid which has opened up at the scene of the Great Darkness Saga!

What's not so amazing is the art - it's not horrible, it just doesn't look like the 31st Century. The skyscrapers and tech look the same as in Metropolis or the lab of Mr Fantastic. This should be the most visually creative book on the shelves, let's get it that way! *****

More reviews after the jump. 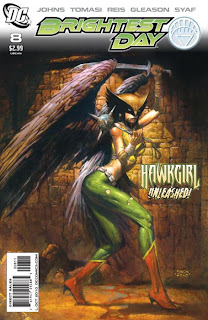 This issue set's the ol' spotlight on developing the world of Hawkman and I'm loving where the new-found leader of a race of other-worldy opressed lion-people is headed! (Gotta love them comics!)

With Hawkgirl and Martian Manhunter both realising this ish they have a female blood realtive out for a pound of flesh, Brightest Day might not be clipping along at a block-busting pace, but I'm happy just breathing in all the great new concepts and characters - so when it does hit the fan, the fallout will be even bigger. ***** 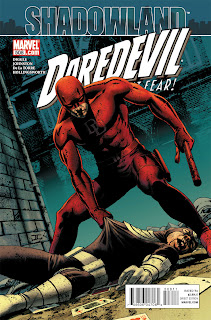 Daredevil #508
Andy Diggle's writing *****
Robert de Le Torre's art *****
While the main Shadowland book reads more like a tint than a shadow, Daredevil totally eclipses the core event, by playing at a whole other level - right across the board.

It's more than the ground level wheelings and dealing rife in Hell's Kitchen, Foggy or Dakota. It's the freakin' art. Robert's scratchy dark style, really makes the city look like the darkest alley you could ever walk down, and as for it's 'protector', just look; 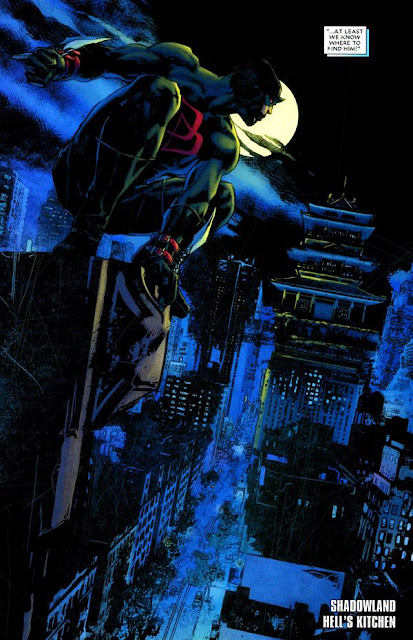 Hopefully when Daredevil reaches it's final issue shortly, this guy gets snapped up straight away. What's that? Gotham City is on line two? *****
Posted by IADW at 9:11 am