HIT PICK TO CLICK: ACTION COMICS #894 (DC): When you're the living embodiment of death you can go where you wanna'. I mean, who is going to argue? Hence why Vertigo's Death is jumping the corporate fence and paying Lex Luthor a visit. Plus a back-up for Jimmy Olsen: inter-planetary tour guide?! 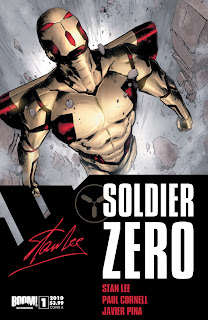 CLOSE CONTENDERS:
STAN LEE'S SOLDIER ZERO #1 (BOOM! Studios): Stan Lee's newest creation takes off! Half wheelchair-bound Stewart Travers, half alien parasite, ALL weapon. Lucky too, 'cos an intergalactic war is headed Stewart's way, and no one does intergalactic like writer Paul Cornell (Doctor Who)
ULTIMATE COMICS THOR #1 (of 4) (Marvel) The origin of the Ultimate Universe's Thor, Loki and fellow Asgard dwellers! Wait, do Gods have origins? Never mind. It's written by Jonathan Hickman and features both Ragnorak, Baron Zemo and Nazis! 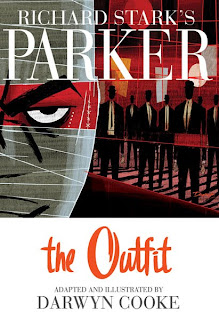 RICHARD STARK'S PARKER: THE OUTFIT (IDW) Parker was living the highlife until he got ratted out to the Outfit. Now it's all about survival - and survival has never looked as good as it does illustrated and written by the talented hands of Darwyn Cooke.
BATMAN: THE RETURN #1 (DC) Writer Grant Morrison and artist David Finch have news to make merchandisers worldwide rejoice; Bruce Wayne is back behind the cowl - and he's franchising the privilege!
Posted by IADW at 9:00 am