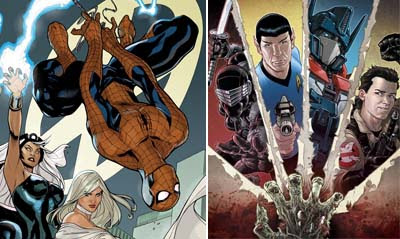 *** Zombies are to modern comics what leather jackets and grimaces were to the 90's. Now IDW is weaving the undead through Star Trek, Transformers, Ghostbusters, G.I. Joe and more from January - April. The Infestation crossover will be spearheaded by the writing team of Dan Abnett and Andy Lanning.
*** With so many new bat-books hanging in their belfry, DC have issued reminder posters to help fans, well remember. For my money the three you should really pay attention to are: 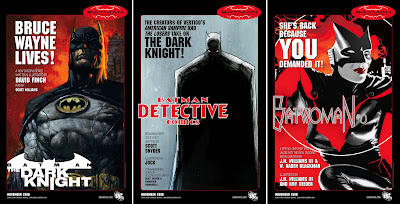 The two bookends sell themselves, but something tells me it's that middle one we'll all be talking about a few months down the road...
*** After their battle with vampires the X-Men move back to New York and team up with Spidey. Me, I'm just mentioning it so I can point out Terry and Rachel Dodson draw the best modern Spider-Man outside of Chris Bachalo, who incidentally will draw this Serve and Protect arc.

*** How do you put the Astonishing into upcoming mini-series Astonishing Captain America? Have 'cover artist' Adi Granov also do the interiors. Yip, that's a whole book of jaw-dropping art like this; 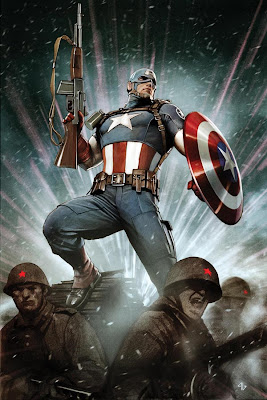