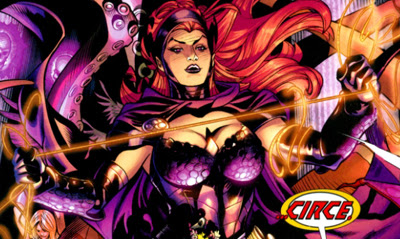 If you thought Lynda Carter transformed into Wonder Woman in a spin, that's nothing compared to the character's movie history.

On and off over the last ten years more times then your favourite light switch, it now seems Wonder Woman is going right back to where Carter’s association with the character began – television.

Heat Vision states, the new show currently in development will be potentially written by David E Kelley, the guy behind hits The Practice and the criminally under-rated Chicago Hope.

True sales of Wondy’s recent self-titled DVD animation had Warners crying 'Great Hera!' for all the wrong reasons, but maybe the small screen holds the key to proving that ww is just as interesting an acronym as 'www dot'.
Amazonian tribal conflicts, Gods of old, plus the message of peace, all wrapped round one globally identifiable patriotic halter top. That just leaves the villains. Here are my TV-tuned top six...

6) Cheetah Sure the tale of how Barbara Ann Minerva underwent the sacrifical ritual to become the Cheetah is a swell story, but let's just give today's audiences a new femme-fatale to fear - one with a genuine thirst for blood and lightning fast reflexes.
5) Queen of Fables A sorceress from another dimension obsessed with the notion Diana is her former jailer Snow White, The Queen of Fables would allow for a surreal few episodes where fairy tales and ‘reality’ collide.
4) Dr. Psycho Many people can bend their perception to suit their reality, with Dr. Psycho it’s the reverse. An episode of social perceptions on the human condition – what would 8.30 weekday drama be without it?
4) Circe She’s a hot mega-powerful witch, with a flirtatious attitude to boot. Plus that old 'turn men into beasts' routine never gets old. Give her and Diana a showdown like in the Phil Jimenez Wonder Woman run and TV screens everywhere will shatter from the impact.

3) Baroness Paula Von Gunther Do an episode where Wonder Woman has to fight a Nazi menace that spans the length of time and put claassic rogue Paula Von Guntha at the head. This gives you wartime Wondy and a nazi butt-kickin' all in the one stretch – double score!
2) Ares Come on, you’re doing a mythologically tinged show and not using the God of War? While in my books Ares was best played by the late Kiwi lad, Kevin Smith in Hercules and Zena, this void is too big to leave open.
1) The Spectre Okay so he’s a hero/anti-hero and not a villian supposedly, but this would be both epic and logical. Think about it; The classic Gods of myth send to man’s world a bringer of peace - God sends his Spirit of Vengeance. How can these two paths not collide?! 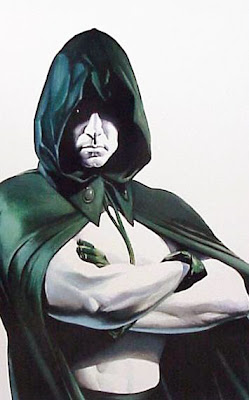 So, who do you think should have made the cut? Giganta? The other Cheetah perhaps or Lobo?
Posted by IADW at 4:26 pm