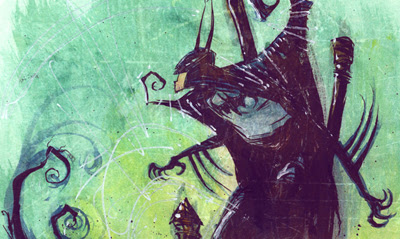 Skottie Young's work is instantly identifiable. His style smacks of individuality and a perspective no one else can imitate. Right now over at his personal blog he's sharing a whole other perspective (not to mention the full sketch of ol' Bats there), and that's his take on 'Comics for Kids'. Go read it - it really is thought-provoking stuff.

More than a rant on the notion that while there may not be a ton of comics specifically designed for kids, there are loads that are very close to 'kid friendly', it actually offers some great ideas and proactive solutions to hooking the next generation of comic fanatics.

Namely doing the hard yards off the internet and Twitter, and showing adults where comic shops actually are, as well as creating an official Give A Kid A Comic Day - where fans 'play it forward' and drop a comic in the hands of some well deserving youngster or library. 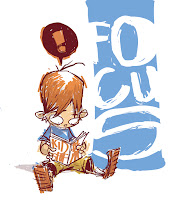 This idea has definitely got some traction that could actually pay off. Plus it will help solve that ages old problem of keeping the collection at a manageable size. I know mine could do with a trimming.


All artwork from Skottie Young's Blog.
Posted by IADW at 9:14 am